Next week Oxfam meets with the leaders of the top ten food and beverage companies, just 24 hours after the UN’s Climate Summit in New York.

It’s a key moment. Climate change is the single biggest threat to winning the fight against hunger, and food companies haven’t been doing enough to tackle it.

Their substantial greenhouse gas emissions have been feeding extreme weather changes that are leaving hundreds of thousands of people hungry and homeless. Farmers from Australia to Zimbabwe are struggling to cope with more extreme weather, including higher temperatures, floods, storms and droughts, and around the world families are facing higher prices for food as a result.

Food companies can help us win the fight against hunger by making climate change their business.

This climate summit was meant to be a chance for governments to build momentum to tackle climate change for good – but so far governments haven’t shown signs that they will help deliver the real momentum we need.

The private sector can help show governments how to do this in the longer term – but it needs to know that we care.

More food companies have taken steps to get climate-friendly thanks to pressure from Oxfam supporters. In the last two months we’ve got both General Mills and Kellogg to improve their policies on climate change. These companies now join other climate leaders like Nestlé and Unilever in taking a strong stand for climate justice.

Oxfam has ranked the top ten food and beverage companies on their sustainability policies on the Behind the Brands scorecard – and will announce the latest scores publicly in October. Their CEOs will get a sneak peek next week.

But who do you think will be the next company to step up and improve their climate policies?

Since General Mills and Kellogg acted, the companies with the worst scores on climate change are Mondelez (who score 2), Mars (4), Associated British Foods (4) and Danone (5). 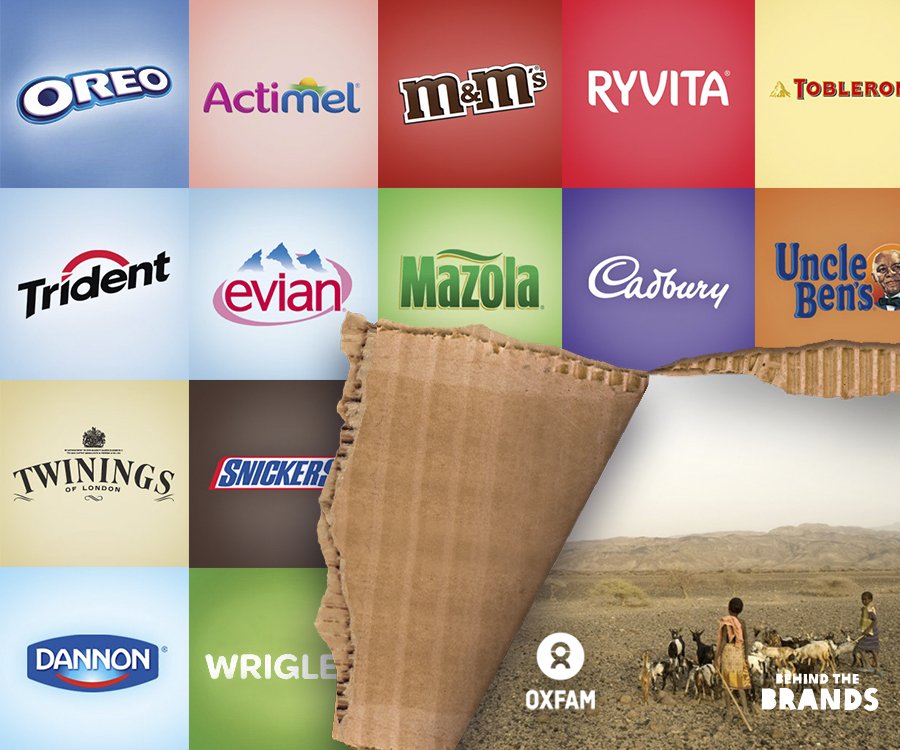 By 2050, climate change could mean an extra 25 million children, equivalent to all the children under five in the US and Canada combined, could face hunger. Share the graphic above if you want food companies to show their peers and our governments how to help stop climate change making people hungry.