It was boiling hot last Friday afternoon when I heard the news. I was just getting used to the idea of drinking a land-grab-free soft drink to keep me cool when I heard that Nestlé – the maker of brands Kit Kat, Nescafe and Dreyer’s Ice cream – had committed to Zero Tolerance for land grabs!

By adopting this policy, this food giant will be able to assure its customers that its suppliers are not driving communities, farmers, or indigenous peoples off their land.

In the past year, Behind the Brands supporters like you have persuaded both Coca-Cola and PepsiCo to do the same – and with this latest news, our movement is picking up even more steam.

It’s further evidence that when we speak out, companies listen. Thumbs up Nestlé! 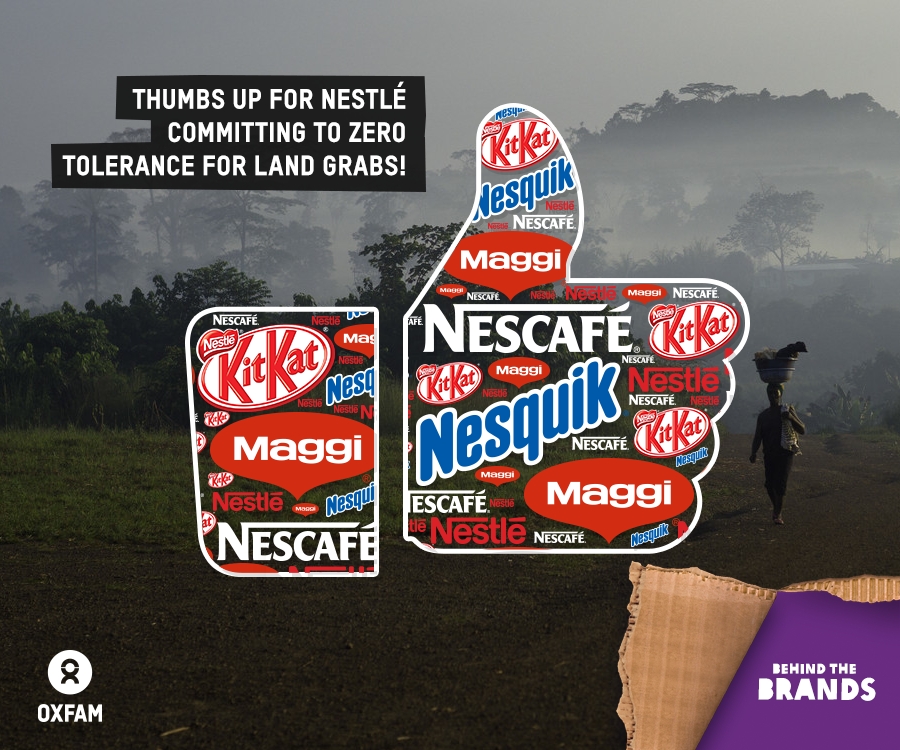 As one of the largest food and beverage companies in the world, Nestlé has immense power to influence its suppliers, the rest of its industry, and governments. Its strong commitment to do so, along with a clear set of steps to improve its own supply chain will help push stronger standards across the industry. But more importantly, this will help to protect the land rights of communities worldwide.

Oxfam applauds Nestlé’s leadership, and I’m looking forward to engaging with the company over the coming years to monitor the actions it will take to follow through on its promises.

Based on this new commitment, we’re going to adjust Nestlé’s score on land in the next update of our Behind the Brands company scorecard in October 2014.

You can read more analysis of Nestlé’s commitments here.

Now – anyone for ice cream?

Behind the Brands Campaign Manager