Jose Mourinho has the opportunity to score the golden goal of a lifetime! Is he ready to take his game through a 5 step plan to beat the keeper and score against hunger?

Jose Mourinho’s new role is probably the most meaningful of his life time. As the new UN Global Ambassador Against Hunger he has an opportunity to score against climate change – the single biggest threat to beating hunger.

“Supporting the work of the World Food Programme on the frontlines of hunger is a personal decision about a cause that is very close to the hearts of me and my family,” said Mourinho as he announced his decision to be an ambassador for WFP and the fight against hunger. As one of the world’s most successful football managers, Mourinho knows what it takes to win. Winning the fight against hunger though is a huge challenge. 1 in 8 of us go to bed hungry every day and without drastic intervention millions more face the same fight. One of the biggest opponents in this league is climate change. Indeed it’s the single biggest threat Mourinho will face in his tenure at the World Food Programme. If he wants to score a winning goal Mourinho will need to take on climate change– an opponent which risks leaving at least 50 million additional people hungry by 2050. Mourinho is no stranger to beating the odds and here he has a golden opportunity to use his superstar status to bring attention to global hunger and climate change. If he wants to take his team to the top of the heap there are 5 big issues that we need to tackle:

1) Blow the whistle and tackle problems head on!

Be bold, be determined and, tackle the problem head on. Mourinho has never had a problem putting a winning team through its paces. Working with the World Food Programme he will be part of an incredible movement to deliver food to people in emergencies – like those impacted by climate change. But it’s just as important to prevent climate disasters from making people hungry in the first place. Mourinho and the World Food Programme can do this by calling on food and beverage companies like General Mills and Kellogg to measure all Green House Gas emissions and get companies to commit to reducing these in their supply chains.

2) Call on the Big 10 Food and Beverage companies to stop playing defense! 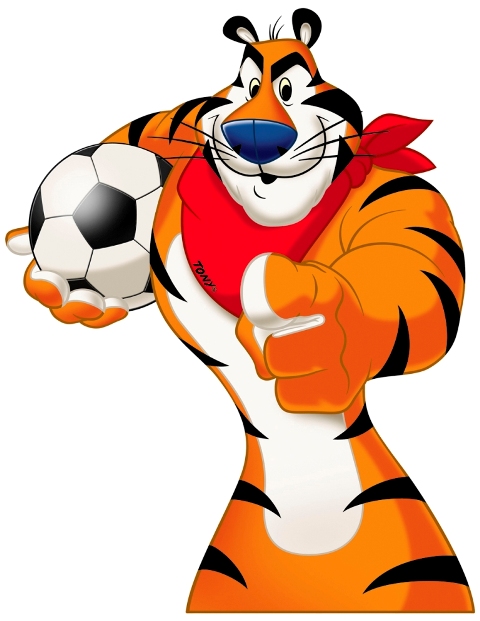 Tony the Tiger and the Jolly Green Giant are not delivering on their promises to keep people satisfied. Their owners, Kellogg and General Mills, buy from producers and suppliers that destroy forests and damage land which ultimately leave communities hungry and homeless. A food supplier linked to these companies is currently on trial in Indonesia for burning down forests to do just that – so there’s a chance we could have eaten the food produced as a result. Mourinho must call on companies to make sure their brands don’t play dirty.

3) Learning from away games

The Indonesia case is shocking. But there’s more for Mourinho to think about. If he visits Liberia, he may encounter farmers like Eric Pyne from Sinoe County, whose land is suffering from unpredictable weather patterns and a lack of rain. In addition, Eric’s land will also be under threat from another supplier linked to Kellogg and General Mills who could chop down much of the local forest that Eric relies on – making feeding his family difficult and the impact from climate change worse.

Kellogg and General Mills have the power to do better. They must identify and publish what greenhouse gas emissions they’re creating – and must not buy from companies that produce unnecessary emissions and ruin local livelihoods. Here’s some more info on the Indonesia and Liberia cases.

Progress is possible: some of the companies on Oxfam’s Behind the Brands scorecard, have partnerships with the World Food Programme to improve food production. While they’ve made great progress in certain areas, they can do more to reduce their greenhouse gas emissions.

But General Mills and Kellogg just don’t seem to care that they’re among the worst out of the big 10 food and beverage companies for emissions. They lack strong plans to be more sustainable, and farmers around the world suffer as a result. By changing their ways, and advocating for other companies to do the same, they could help to make the whole food and beverage industry more sustainable by reducing emissions and in the way they drive hunger.

5) It’s all about the winning goal

Creating controversy in and around games is Mourinho’s speciality. But there’s no referee here, and time is of the essence. Climate change is stopping people from growing food in Liberia right now, and a company linked to Kellogg and General Mills is about to make it worse by chopping down even more trees.

We need as many people as possible to send a clear message to these companies that they’ve got to stop feeding climate change. Together, Oxfam supporters got Coca-Cola and PepsiCo to commit to zero tolerance for land grabs among companies growing their ingredients. If more than 50,000 of us email Kellogg and General Mills to clean up their act, we can get them to change too. The more voices, the better. Which means we need you and Jose to join us.